Dad bod –what is it?

Dad bod is a word I am hearing and seeing more and more.  I like to discuss 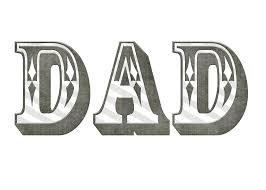 trending words, so today it’s time to look at the definition of dad bod.

Vox.com says , “The term “dad bod” was virtually absent from American conversation until April 30, when a 19-year-old Clemson sophomore named Mackenzie Pearson penned a story in the Clemson Odyssey titled ‘Why Girls Love the Dad Bod.’ Her argument was counter-intuitive, suggesting that women are more attracted to men whose physiques reflect ‘a nice balance between a beer gut and working out’ than they are to hunks with washboard abs.”

A website called bustle.com adds, “Dad bod is a male body type that is best described as ‘softly round.’ It’s built upon the theory that once a man has found a mate and fathered a child, he doesn’t need to worry about maintaining a sculpted physique.”

So maybe we don’t all have to have washboard abs, etc.—thank goodness.

Comments Off on Dad bod –what is it?